What are Manipulation and Mobilization?

Both manipulation and mobilization are manual therapies used to free up restricted spinal segments and joints of the extremities. They each help relieve pain, regain functional movement, and to restore optimal range of motion.

The difference between the two treatments is that a manipulation is typically performed on the spine. It consists of a rapid application of pressure intended to realign spinal segments, similar to that often used by a chiropractor. Mobilization, on the other hand, consists of lower velocity controlled movements of a joint segment. This treatment can be applied on the spine, or the joints of the extremities.

How does it work?

As previously stated, a manipulation is generally performed on the spine. The treatment consists of one or more high velocity thrusts tactically performed to release restricted spinal segments. This relieves pressure, discomfort, and increases mobility of the spine.

Mobilization is a manual therapy, which can be performed on multiple joint complexes. It consists of maneuvering a joint continually, at a variety of speeds, and with varying amounts of pressure applied. These movements can range from slowly stretching a joint, to a faster, targeted movement. However, due to the desired effect of the treatment, mobilization is generally lower velocity than a manipulation. Mobilization is intended to restore optimal range of motion and functionality to the joint.

When is each an effective treatment?

A manipulation is generally performed when a patient demonstrates serious dysfunction in their spine or extremities due to a misalignment of the spinal column which can seriously limit a patient’s ability to benefit from treatment, and must be corrected. This treatment is used to release pressure, restore mobility, and is generally used in tandem with lower impact therapy.

Mobilization is effective in most case where a joint’s range or freedom of motion is limited. This limitation can be caused by an acute or chronic injury, surgery, or normal wear and tear. Mobilizing a joint complex relieves stress in the affected joint and its supporting muscles, and helps increase dexterity and flexibility.

Why do we utilize mobilization and manipulation in our treatment plans?

Restoring spinal and joint function is an essential component of the physical therapy process. We utilize both of these proven treatment methods with the goal of correcting dysfunction, restoring range of motion, and relieving pain as efficiently as possible. 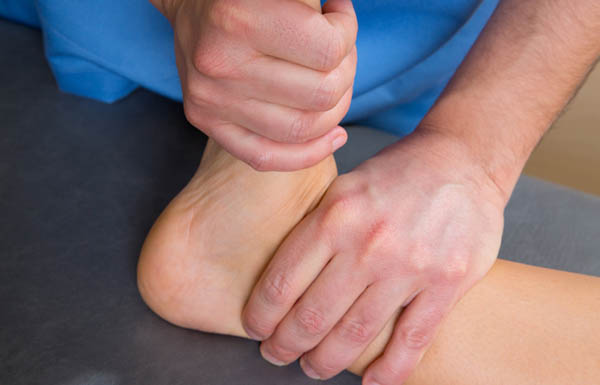